Mill Creek Park board hear concerns and support of drilling 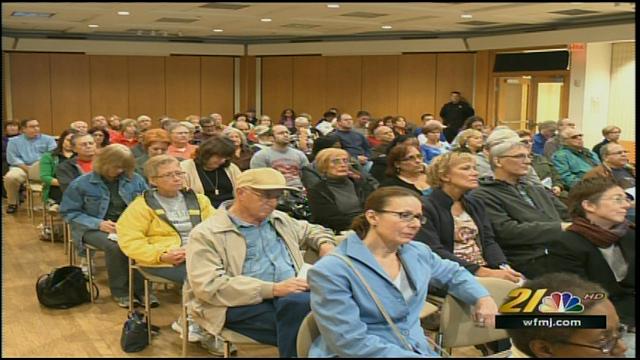 YOUNGSTOWN, Ohio - It was standing room only inside the Davis Center at Fellows Riverside Gardens on Tuesday.

The park board wanted to hear comments and concerns from local residents before they make any decisions regarding any future drilling.

The majority of the people in attendance came to voice their opposition to the park leasing out the mineral rights of park property.

"I don't think our hunger for energy should cause earthquakes, poison our water or poison our homes. This nonsense really has to stop and I think here we should draw the line," said Robert Perry of Austintown.

"Supposedly, the ODNR (Ohio Department of Natural Resources) has all these regulations to help protect us from what the industry might do to the environment. But I have to point out that it took 13 earthquakes before something was actually done. So whatever things were put in place to protect us, I have to say they are probably not enough," said Dennis Czopur of Youngstown.

The executive director of Ohio Oil and Gas Energy Education, Ronda Reda, says drilling and fracking is nothing new to Mill Creek Park. She says one company already has 25 active wells there.

"You've never seen any surface disturbance with any of these oil and gas operations or any problems. It is an opportunity to allow for continued funding for this park so everybody can enjoy it," Reda said.

"They've only been fracking for 10 years with the current process. There's no relationship to the old process and the wells here in town; the 2,400 active wells and the three experimental wells being drilled right now. It's truly experimental," said Ray Vershum of Canfield.

The park board has not said when they will make a decision on new drilling in the park.

Another public hearing on the matter is set for October 25th at the MetroParks Farm in Canfield.