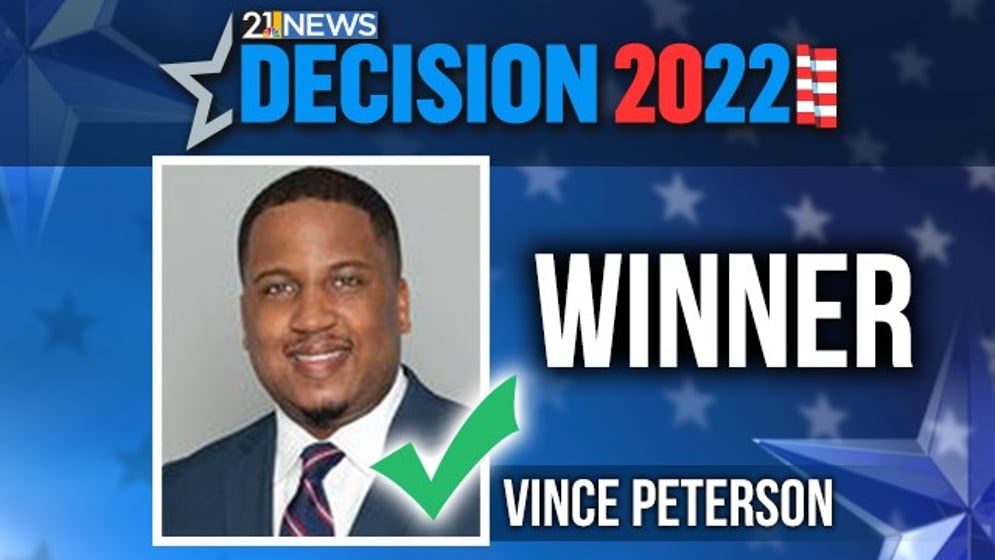 Peterson will go up against Republican Nick Santucci in the November election to decide the winner of the seat.

Vince Peterson is a 2008 graduate of Howland High School and a 2012 graduate of Villanova University, earning a degree in criminal justice while also playing football for the Wildcats. He is a parole officer and worked on the FDA Task Force, Special Response Team and Special Tactics and Response Team. Peterson received endorsements from Warren Mayor Doug Franklin, State Rep. Michael O'Brien and Moms Demand Action among others.

Bria Bennett was born and raised in Warren and graduated from Labrae High School. She graduated from Notre Dame College where she majored in political science and served as student government Vice President. She currently serves as Trumbull County Young Democrats Vice President and the Ohio Young Democrats Deputy Communications Director and is active in various volunteer organizations. She has endorsements from Pro-Choice Ohio and the Ohio AFL-CIO among others.

Nick Santucci is a graduate of Howland High School and received degree in political science from John Carroll University in 2013. He is currently the Senior Consultant for Workforce & Community Engagement at VAZA Consulting. Prior to joining VAZA, he served as Director of Government Affairs and Workforce Development at the Educational Service Center of Eastern Ohio. Santucci was endorsed by Ohio House Speaker Robert Cupp, Congressmen Dave Joyce and Bill Johnson and Western Reserve Building Trades.