YSU says it 'bent over backward' for Ma'lik Richmond

Youngstown State University is unapologetic in its decision to keep Ma'lik Richmond off the football field as it asks a federal judge to reject Richmond's request for a court order making him an active player. 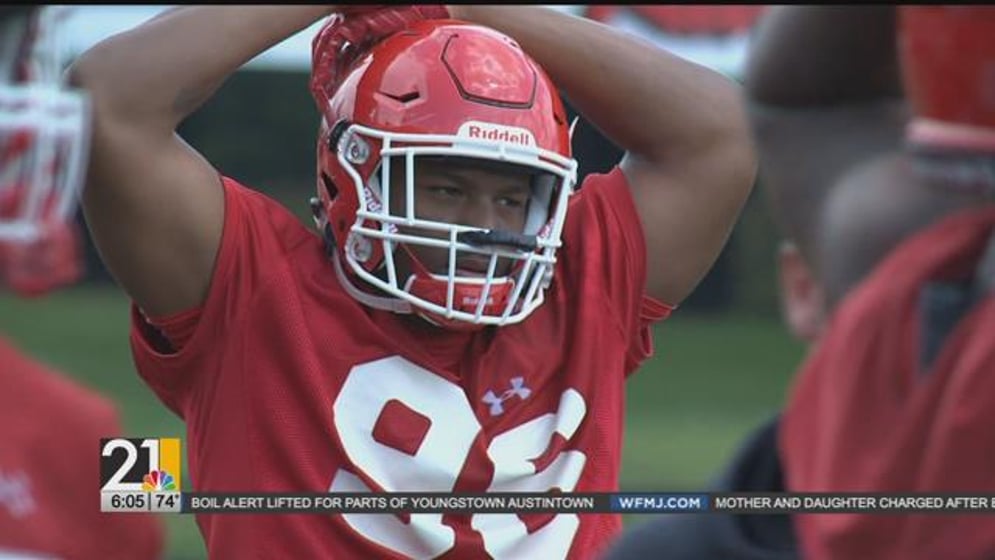 Youngstown State University is unapologetic in its decision to keep Ma'lik Richmond off the football field as it asks a federal judge to reject Richmond's request for a court order making him an active player.

Writing that “no good deed goes unpunished” the Ohio Attorney General's Office acting on behalf of the university filed a 17-page response to Richmond's complaint, which alleges that YSU's decision to not allow him to play football was based on his gender, denied him due process, and violated a contract he claims to have with the university by violating promises made to him.

Richmond, who served a year in a juvenile detention facility after he and another Steubenville High School football player were convicted in the 2012 rape of a 16-year-old-girl during a party, enrolled at YSU as a student in 2016 and joined the football team in January of 2017.

The controversy didn't arise until media reports made that information public in August.

That controversy, which included an online petition seeking his removal from the team, resulted in the university announcing that Richmond would only be a practice player for the Penguins and would sacrifice a year of NCAA eligibility.

Richmond's lawsuit filed in federal court on Wednesday seeks an order that would make him eligible to play with the rest of the team.

In a tersely worded response, the Ohio Attorney General's Office writes, “ Youngstown State University has been hauled into court by a student that YSU has bent over backward to assist, support and provide a second chance when no one else would.”

“The rest of the world had written Plaintiff off as an unrepentant rapist,” writes attorney Christina Corl. “YSU encouraged him and integrated him as 'part of the student community.'”

Corl says that as part of a student community, Richmond must take the “good with the bad” and YSU has a responsibility to Richmond, its students, and the community.

The university says it took into account student concerns that YSU's sympathetic treatment of Richmond would send a message that athletes don't have to pay much of a price for being found responsible for sexual assault, whether on campus or off.

The university argues that its decision to not allow Richmond to play this year encouraged his participation but sent a message that sexual assault is taken seriously at YSU.

In arguing against Richmond's request for a temporary restraining order, the university says Richmond has failed to show any proof that he was singled out by YSU because of his gender, or that he has been treated differently than a female athlete.

The university also denies that it has a contract with Richmond, admitting that he was not cited for violating any rules or university policy, but his being relegated to the position of a practice player was to address concerns by students.

Addressing Richmond's claim that every football game he fails to play at YSU diminishes his chances to play professional football, the university submitted statistics that found only 1.5% of those playing NCAA football go on to be drafted by the NFL.

A judge has scheduled a Thursday afternoon court session to hear arguments from both sides on Richmond's request for a restraining order.

The university's response to Richmond's complaint and two exhibits may be read here.