A Poland homeowner who saw his foundation cave-in during a May thunderstorm just got some shocking news. 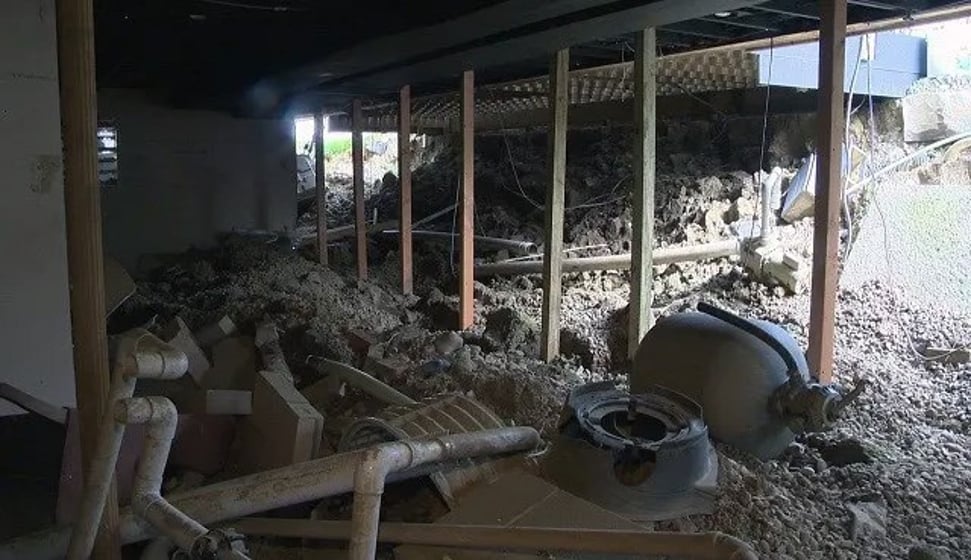 A Poland homeowner who saw his foundation cave-in during a May thunderstorm just got some shocking news.

Jack Walters' home looks just like it did six weeks ago after flooding caused the foundation to the back of his home to collapse.
FEMA sent him a letter denying his claim for federal assistance because they say his home is still safe to occupy.
Walters says his original inspector told him, "In no way was the home safe to live in."

"The inspector says there was a trace of rainwater and that's what torpedoed me from getting any funding. I filed an appeal and the workers here have been very helpful but they say it will take up to 90 days to let me know if they will do a second inspection," said Walters.

He's worried more of his foundation will collapse before his appeal will be heard from FEMA.