Indians hold on to take series opener from Twins, 7-5

Jose Ramirez drove in three runs, Mike Clevinger kept Minnesota quiet with nine strikeouts in seven innings, and the Cleveland Indians struck first in this four-game series between the AL Central front-runners with a 7-5... 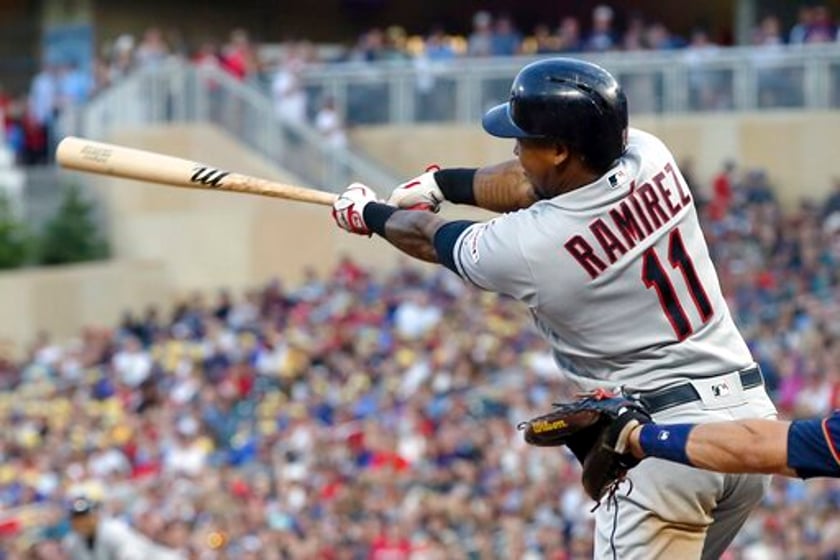 MINNEAPOLIS (AP) - Jose Ramirez drove in three runs, Mike Clevinger kept Minnesota quiet with nine strikeouts in seven innings, and the Cleveland Indians struck first in this four-game series between the AL Central front-runners with a 7-5 victory on Thursday that cut the Twins' division lead to one game.

Indians closer Brad Hand ended the game by retiring Eddie Rosario on a routine flyout with the bases loaded, recording his 29th save in dramatic fashion.

Minnesota has been in sole possession of first place since April 27, a lead that was 11½ games on June 3 and was still 7½ games on July 13. The Indians are 40-16 since June 4, the best record in baseball in that span.

RBI singles in the fourth by Luis Arraez and Marwin Gonzalez accounted for two of the three hits managed by the Twins against Clevinger (7-2), who watched four relievers toil through a three-run eighth inning that cut Cleveland's lead to 6-5. Miguel Sano hit an RBI doubles off Hand, who retired Gonzalez on a flyout with runners at first and second to finish the frame.

Then Hand had to grind through the ninth, after a home run by Tyler Naquin in the top of the inning insured the lead.

The Twins lost leading home run hitter Nelson Cruz to a strained left wrist, after he swung and missed at a pitch from Clevinger in the fourth. Kyle Gibson (11-5) got them off to an ominous start, giving up six runs in less than five innings behind a career-high six walks.

With two-time AL Cy Young Award winner Corey Kluber past the three-month mark on the injured list with a broken right arm, Clevinger has made a strong case this summer that he's currently the ace of one of the most consistent rotations in baseball.

The long-haired right-hander with the herky-jerky throwing motion won for the fifth straight start. In seven turns since returning from a second stint on the injured list, Clevinger is 6-0 with a 1.83 ERA and 33 hits allowed in 44 1/3 innings with 58 strikeouts.

The Twins actually entered the evening with a 3.89 ERA for their starters, sixth-best in the majors and one spot ahead of the Indians, but the longest-tenured member of the staff failed to hold up his end of the bargain. Gibson threw only 42 of his 85 pitches for strikes and took his first loss in 10 starts. One of the runs against him was unearned, thanks to his throwing error on a pickoff attempt that drifted wide of first base after a leadoff triple in the second inning by Yasiel Puig.

Gibson walked three batters in the three-run fourth. Ramirez hit an RBI single, and Jason Kipnis - who is 15 for 36 with 14 RBIs in his career against Gibson - followed with a two-run double . After Gibson was pulled with one out in the fifth and the bases loaded, Ramirez pulled the first pitch from Zack Littell just inside the first-base line to push the lead to 6-2.

The Indians didn't visit here in April, May, June or July, a quirk of the schedule that only increased the anticipation for this matchup, with nine more games remaining between them. When the three-time defending division champion Indians started the season here on March 28, their lifeless lineup included five players not currently on the team. Now Ramirez is back in his two-time All-Star form, with an extra-base hit in each of his last seven games.

Twins: The fresh arm express from Triple-A Rochester was dispatched for the second straight day, with RHP Kohl Stewart headed down after allowing four runs in three innings on Wednesday. RHP Randy Dobnak was called up to the major leagues for the first time, after the fast-rising 24-year-old went 11-3 with a 2.02 ERA in 22 combined appearances at three minor league levels.