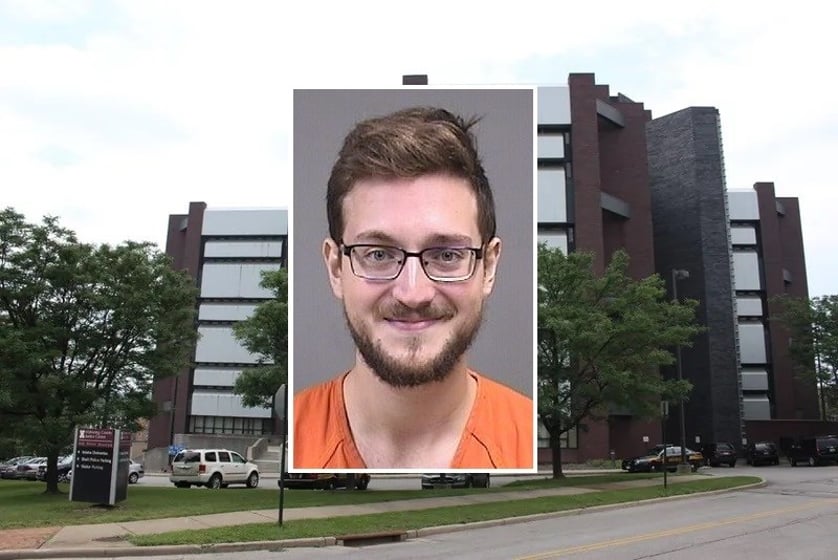 The New Middletown man charged with making a threatening video directed at members of the Valley's Jewish community will not be getting out of the Mahoning County jail for now.

A federal judge ruled on Tuesday that no combination of conditions of release would ensure the safety of the Jewish community from James P. Reardon of New Middletown.

U.S. District Court Judge Patricia Gaughan has rejected defense objections to Magistrate George Limbert's earlier order keeping Reardon in federal custody as he awaits trial on charges of transmitting a threatening communication and possession of a firearm in furtherance of a crime.

Reardon was arrested after allegedly accused of posting an Instagram video in which he is seen firing a weapon with the caption "Police identified the Youngstown Jewish Family Community shooter as white nationalist Seamus O'Reardon," designed to look like a mock news headline.

During a search of Reardon's home, police say they found two AR-15s, a rifle with a bayonet, knives, and an anti-tank gun, along with Nazi memorabilia.

Reardon's attorney argued that Magistrate Limbert didn't give full consideration to Reardon's lack of criminal history, his cooperation with investigators, and that his beliefs have changed.

Writing in her order issued Tuesday, Judge Gaughan said she agreed with Limbert about the serious and violent nature of the offense.

“Defendant posted a video suggesting that he was responsible for a mass shooting at a JCC. The video depicted defendant firing a weapon accompanied by screams and sirens, and defendant's use of a German phrase which the FBI agent believed to be a German war hymn. He tagged the JCC and had access to firearms, including one similar to that which is seen in the video,” writes Gaughan

Gaughn elaborated further on the reasons that Reardon will not be released from federal custody:

"The weight of the evidence against the defendant also supports detention. Defendant captioned and posted the video, and admitted that the firearms found in his home belonged to him. The white supremacist beliefs as evidenced in the hearing along with posting the video shows an intent to communicate a threat to the community."

"While defendant had no prior criminal history, the evidence shows that his history and characteristics also support detention given his participation in the rally, his possession of a shield and baton there, and his action in pushing back the riot police which demonstrate a willingness to use force in support of his white supremacist beliefs. Additionally, defendant possessed firearms and Nazi memorabilia which increases the likelihood that he would carry out a violent act like the one threatened in the video."

"Finally, the nature and seriousness of the danger posed by the defendant's release warrants detention given the risk to the safety of the Jewish community in Youngstown, Ohio."

"The Court finds that the four factors weigh in favor of detention and that no combination of conditions of release would ensure the safety of the community."