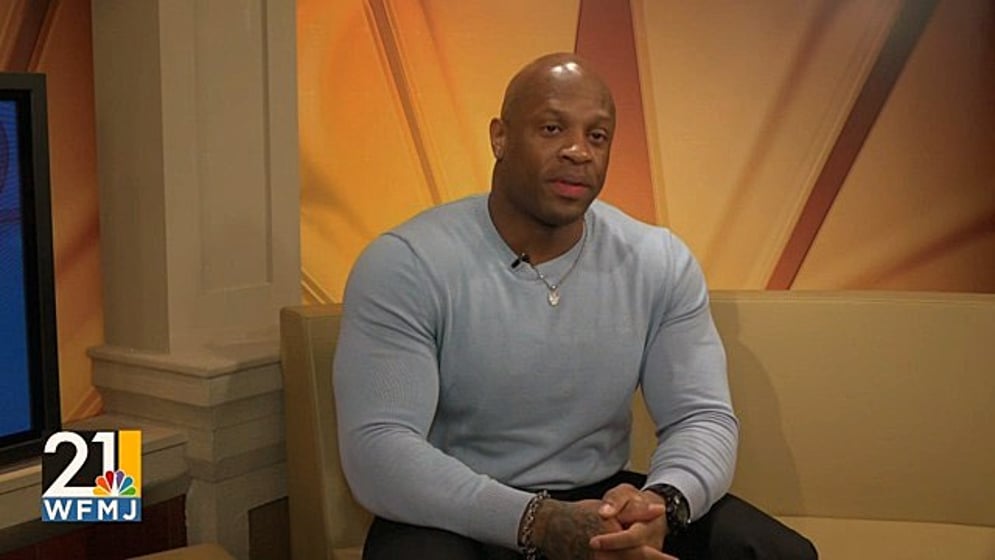 21 News Anchor Madison Tromler sat down for an exclusive interview with an actor from Youngstown who appears alongside Dwayne Johnson in NBC's 'Young Rock.'

Antuone Torbert was born and raised in Youngstown and said he always dreamt of becoming an actor.

After moving to Hollywood in 2013 at the age of 31 and years of hard work, Torbert began booking lead roles in films, pursuing his career as an actor and fitness influencer.

"A lot of people thought it wasn't a good idea, saying 'You're already established here,' but I knew the dream that I had, and I believed in myself," Torbert said, "You've got to be ready to work hard and feel like being from Youngstown, I already had that in me."

His latest work includes Season 2 of 'Young Rock' on NBC, where he plays wrestler Tony Atlas.

"I've always been a fan of The Rock and his work ethic and how he works, so to be able to be a part of his story and play someone legendary was amazing," he said.

Torbert said working with The Rock and playing Atlas was special to him because of the groundbreaking Atlas marked when it comes to wrestling and black history.

"He [Atlas] started off in bodybuilding. He was three-time Mr. USA, and he transitioned into wrestling, and he became partners with Dwayne Johnson's father," he said, "Together, those two became the first black tag team champions in wrestling, so to be a part of such a historical moment and to replay that is such an amazing feeling and just to be involved in a production with Dwayne Johnson and be a part of his production and know how hard he works, it just makes you want to work even harder and become a better version of yourself."

Torbert went to Fitch High School and said he is beyond proud of his Youngstown roots. He attributes a lot of his success to his hometown and upbringing.

"My mom always made a way for me and my brother, and she taught me the value of hard work," he said, "And being from Youngstown, I think we all have that value of hard work instilled in us and to take that work ethic from Youngstown and take into Hollywood...It just made me feel more humble from where I'm from, and I feel like everyone from Youngstown has a sense of pride. We're the steel town, hard-working, there's a lot of talent... just a lot of successful people that come out of here."

He said he always makes it a point to let people know where he's from and what Youngstown is all about.

"It's a small tough town with a lot of hard work and a lot of talent here," he said.

He said the three things he does to pursue his passion are believe in himself, work hard and have faith.

"There aren't any secrets to being successful," he said, "It's mainly just hard work."

Torbert played additional lead roles in films including Dragon Soldiers and Jurassic Hunt on Amazon Prime and other films expected to come out this year, including Breaking the Loop and Deadzone.