One in four high school students now report using e-cigarettes, according to the American Heart Association, and the health impact could be even more dangerous with the rise of Covid-19.
Friday, December 11th 2020, 9:12 PM EST 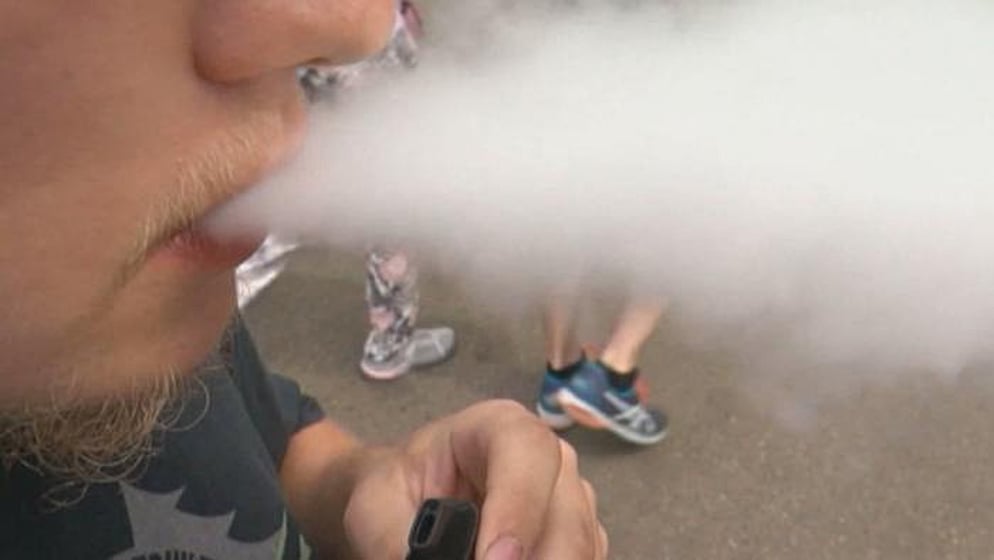 One in four high school students now report using e-cigarettes, according to the American Heart Association, and the health impact could be even more dangerous with the rise of COVID-19.

Although, e-cigarettes are still fairly new to the market, studies show there can be lasting health effects.

"Bottom line is vaping can cause severe lung disease and even death," said Dr. Martinex.

And at a time when COVID-19 cases are on the rise, a virus that can attack the lungs...
A Stanford University Study found damage from e-cigarettes isn't doing any favors, said another doctor taking part in the conversation.

"They were testing individuals for the virus, and it was found that people who vaped were 5 to 7-times more likely to be infected then those who did not vape," she explained.

E-cigarettes can be advertised as a healthier alternative to traditional cigarettes and with fun flavors, they're tempting to teens and kids.

"This is a vaping device, looks very much like the Apple Watch that I have on my wrist," showed a representative with American Heart Association. "A lot of times what we heard when we spoke with some kids in high school is that if  they are sitting there in class, they could almost use this vaping device, as they are sitting there, whether it's blowing smoke down their shirt and things like that and it almost became a game to see what they could get away with in a classroom."

Parents are encouraged to lead by example and talk with their kids.