Local Democrats are describing a Facebook post from the Chairman of the Columbiana County Republican Party using words such as “disgusting” and “disturbing”. 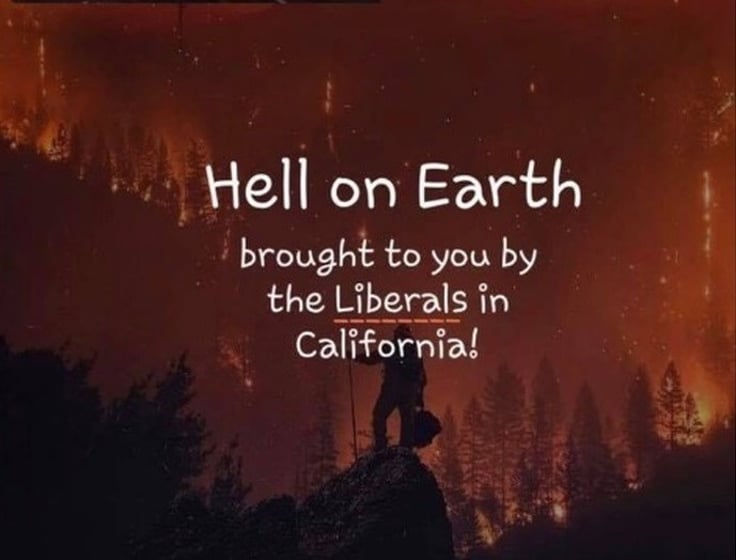 Local Democrats are describing a Facebook post from the Chairman of the Columbiana County Republican Party using words such as “disgusting” and “disturbing”.  The post has prompted the leader of an opposing power to characterize Columbiana County GOP Chairman as a "coward". 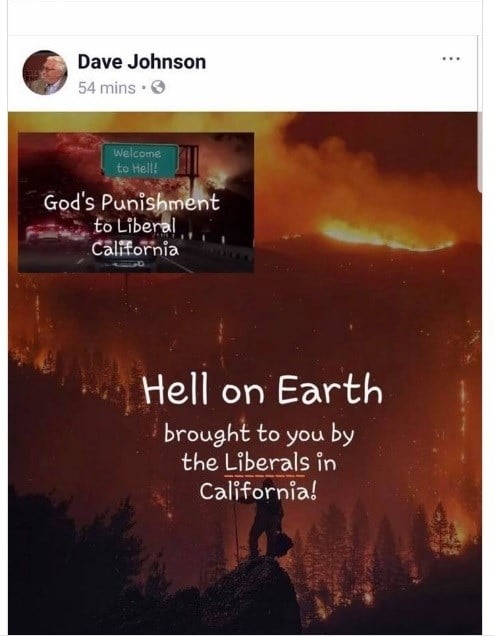 Chairman Johnson has since removed the meme from Facebook, but not before county Democrats could respond with the following message:

“As we pray for our fellow Americans who have lost everything including their loved ones, this is the disgusting response to the climate-change denying leader of the Columbiana County GOP.”

Mahoning County Democratic Party Chairman David Betras is also weighing in with a news release pointing out that at least 76 people have died and another 1,000 are missing in the so-called Camp Fire.

“Hundreds of firefighters, other First Responders, and volunteers put their lives at risk in an attempt to rescue victims,” writes Betras. “I've been asking myself why anyone would politicize or make light of this very real human tragedy.”

Calling Johnson “disturbed” and a “coward”, Betras said Johnson should apologize to the victims, their families and firefighters.

He further called on Johnson to resign from all the public positions he holds including party chair, member of the Columbiana County Board of Elections, and member of the Board of the Ohio Bureau of Workers' Compensation.

21 News reached out to Johnson who issued the following statement:

California has been overtaken by liberals who have taxed and over-regulated the state. There are changes that could have been made which would have helped prevent the deadly fires had there been proper management of forests, but the timber industry is not allowed. The firefighters and people's lives should never have been put in jeopardy. They did not have to die and people did not have to lose their lives, homes, and everything they own.

My heart goes out to firefighters who have lost their lives and their families, to the people who perished in the fire and their families, to the people who lost homes and everything they own. The point of the meme is that the people and firefighters lives could have been spared if not for the liberal policies in California. The firefighters are doing a yeoman's job of fighting the fires, but this could have been prevented. With a lack of rainfall, forest management is even more essential to save lives and property in the state.

The point of the meme is being exploited by Mahoning Democratic Party Chairman David Betras to cover his miserable performance in the last election and if anyone should resign Betras should resign.