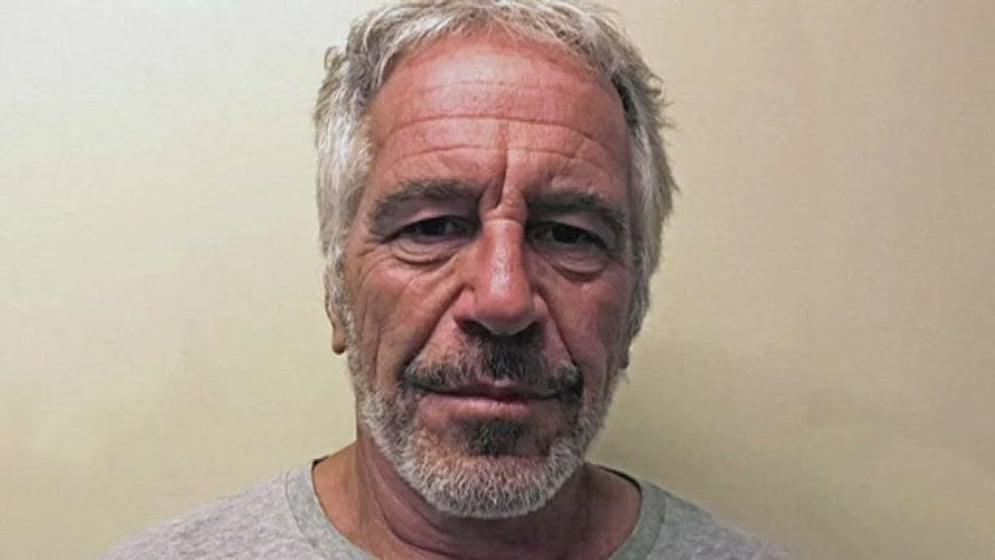 Epstein was found unresponsive in his cell Saturday morning at the Metropolitan Correctional Center, according to a statement from the Federal Bureau of Prisons. Fire officials received a call at 6:39 a.m. Saturday that Epstein was in cardiac arrest, and he was pronounced dead at New York Presbyterian-Lower Manhattan Hospital.

Epstein, 66, had been denied bail and faced up to 45 years behind bars on federal sex trafficking and conspiracy charges unsealed last month. He had pleaded not guilty to accusations of sexually abusing dozens of underage girls.

Attorney General William Barr said in a statement that he was "appalled" to learn of Epstein's death while in federal custody. He said the FBI and the Department of Justice's Office of the Inspector General will investigate what happened.

"Mr. Epstein's death raises serious questions that must be answered," he said.

A little over two weeks ago, Epstein was found on the floor of his cell with bruises on his neck, according to a person familiar with the matter who spoke on condition of anonymity. At the time, it was not clear whether the injuries were self-inflicted or from an assault.

The Bureau of Prisons confirmed that he had been housed in the jail's Special Housing Unit, a heavily secured part of the facility that separates high-profile inmates from the general population. Until recently, the same unit had been home to the Mexican drug lord Joaquin "El Chapo" Guzman, who is now serving a life sentence at the so-called Supermax prison in Colorado.

Epstein's death is likely to raise questions about how the Bureau of Prisons ensures the welfare of such high-profile inmates. In October, Boston gangster James "Whitey" Bulger was killed in a federal prison in West Virginia where had just been transferred.

Cameron Lindsay, a former warden who ran three federal lockups, said the death represents "an unfortunate and shocking failure, if proven to be a suicide."

"Unequivocally, he should have been on active suicide watch and therefore under direct and constant supervision," Lindsay said.

Epstein's arrest last month launched separate investigations into how authorities handled his case initially when similar charges were first brought against him in Florida more than a decade ago. U.S. Labor Secretary Alexander Acosta resigned last month after coming under fire for overseeing that deal when he was U.S. attorney in Miami.

On Friday, more than 2,000 pages of documents were released related to a since-settled lawsuit against Epstein's ex-girlfriend by Virginia Giuffre, one of Epstein's accusers. The records contain graphic allegations against Epstein, as well as the transcript of a 2016 deposition of Epstein in which he repeatedly refused to answer questions to avoid incriminating himself.

Sigrid McCawley, Giuffre's attorney, said Epstein's suicide less than 24 hours after the documents were unsealed "is no coincidence." McCawley urged authorities to continue their investigation, focusing on Epstein associates who she said "participated and facilitated Epstein's horrifying sex trafficking scheme."

Other accusers and their lawyers reacted to the news with frustration that the financier won't have to face them in court.

"We have to live with the scars of his actions for the rest of our lives, while he will never face the consequences of the crimes he committed the pain and trauma he caused so many people," accuser Jennifer Araoz said in a statement.

Brad Edwards, a Florida lawyer for nearly two dozen other accusers, said that "this is not the ending anyone was looking for."

"The victims deserved to see Epstein held accountable, and he owed it to everyone he hurt to accept responsibility for all of the pain he caused," Edwards said in a statement.

Epstein's arrest drew national attention, particularly focusing on a deal that allowed Epstein to plead guilty in 2008 to soliciting a minor for prostitution in Florida and avoid more serious federal charges.

Federal prosecutors in New York reopened the probe after investigative reporting by The Miami Herald stirred outrage over that plea bargain.

His lawyers maintained that the new charges in New York were covered by the 2008 plea deal and that Epstein hadn't had any illicit contact with underage girls since serving his 13-month sentence in Florida.

Before his legal troubles, Epstein led a life of extraordinary luxury that drew powerful people into his orbit. He socialized with princes and presidents and lived on a 100-acre private island in the Caribbean and one of the biggest mansions in New York.

The somewhat reclusive Epstein splashed into the news in 2002 after a New York tabloid reported he had lent his Boeing 727 to ferry former President Bill Clinton and other notables on an AIDS relief mission to Africa.

This story has corrected the name of the Metropolitan Correctional Center.