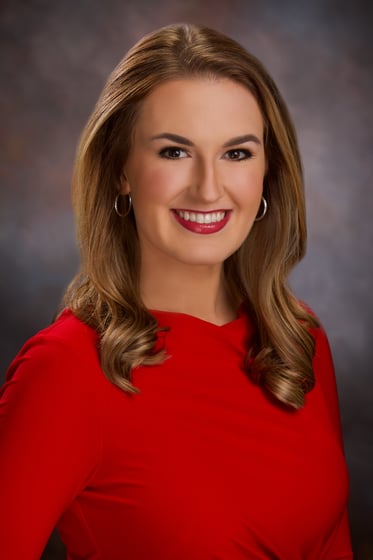 Erin Simonek is the co-anchor of 21 News 11 P.M. and a nightside multimedia journalist.

She joined the 21 News team in May 2020 as a multimedia journalist and stepped into the 11 P.M. weekday anchor position in January 2021.

Erin writes, shoots, and edits her stories daily before joining Derek Steyer on the 11 P.M. anchor desk every weeknight.

Upon graduation, Erin was awarded the Carol Costello Award for excellence in journalism for her time spent in TV2.

She worked as an assignment editor, digital content producer, and investigative intern for Cleveland 19 News during her junior and senior years of college.

Erin is from North Royalton, Ohio. Her passion for storytelling started early on, with her two favorite classes being 'Journalism' and 'Broadcasting' at North Royalton High School.

When she's not busy working in a newsroom or out on a story, Erin enjoys traveling, cooking, yoga, eating out at local restaurants, and spending quality time with her friends and family.