There are many ways to help in the fight against human trafficking, by donating money or volunteering at organizations that help victims, and if you see something, report something.
Tuesday, July 20th 2021, 11:52 PM EDT
By Janet Rogers 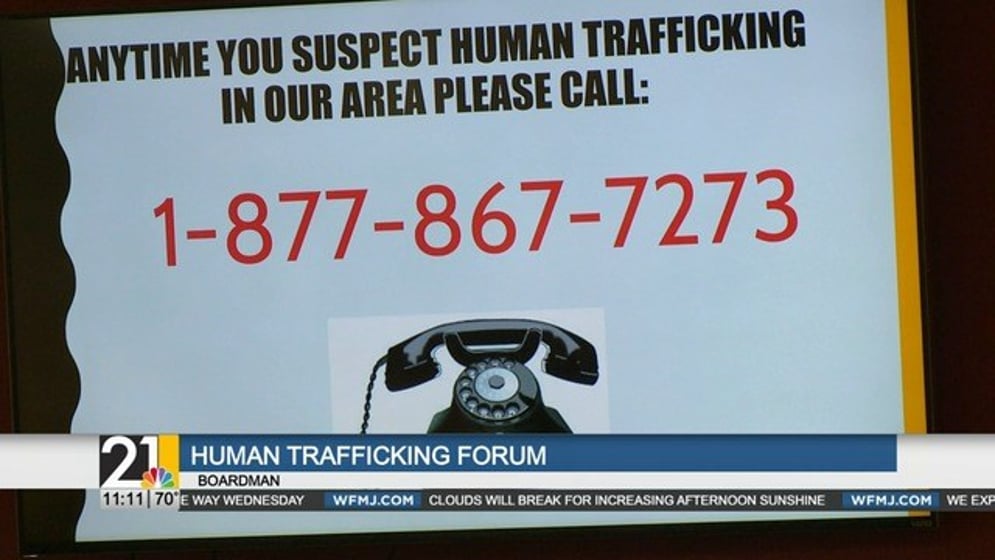 At a human trafficking awareness program at the Republican Party Headquarters in Boardman people find out  alarming information that Ohio now ranks 4th in the nation for reports of forced labor and sex trafficking. About two weeks ago Ohio was ranked 5th.

Guest speaker Charlotte Powell said, "There are many reasons, because of the roadway systems in Ohio, because we have more truck stops than any other state, because there are 130 migrant camps in Ohio, the numbers are astronomical and they're growing.

Local arrests bring home the awful truth that Human Trafficking is in our communities.
Charlotte Powell the guest speaker emphasizes traffickers don't look like the ones portrayed in Hollywood movies.

"It could be your brother, your sister, your mom, your dad, your neighbor. We've see cases where it's the pastor or the policeman, really it's anyone who wants to exploit someone else," added Powell.

There are numerous signs you can look for to identify possible human trafficking.

Powell said, "Signs of human trafficking could be somebody who has a large amount of money on them, people who won't look you in the eye, people who can't tell you where they are, somebody who has several hotel keys, someone who doesn't have their documents if you ask for them."

There are many ways to help in the fight against human trafficking, by donating money or volunteering at organizations that help victims, and if you see something, report something.

The DOJ Grant Coordinator to End Sexual Violence at a Lourdes University says the best way for parents to help prevent their children from being vulnerable is to keep lines of  communication open.