Champion man allegedly pepper-sprays an officer, gets tased in cemetery 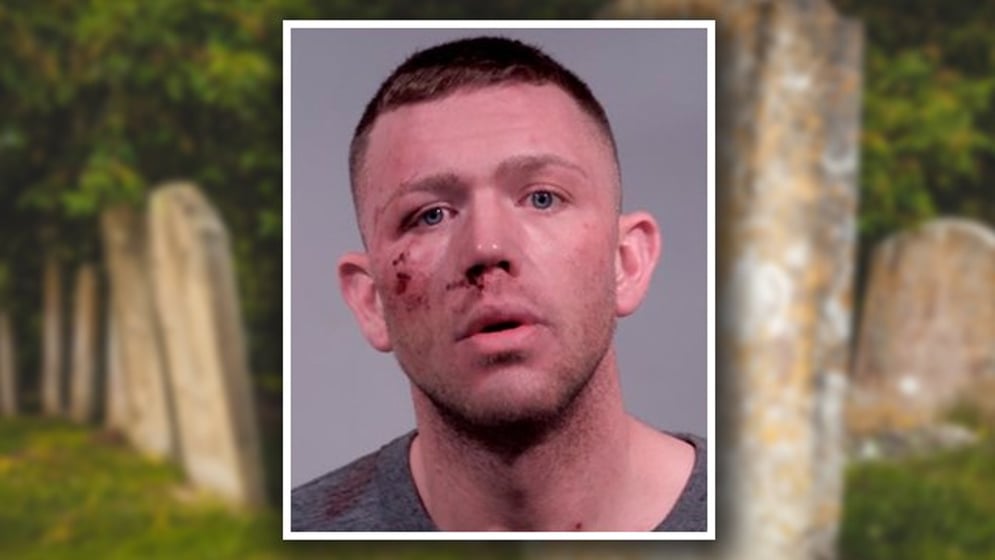 A manhunt early Sunday led Champion police to a cemetery and left one officer pepper-sprayed.

Mackenzie Rood reportedly forced a male victim to get into Rood's car and drive him home at 4 A.M. He allegedly assaulted the man during the ride. Champion Police believe Rood poured cans of the alcoholic beverage Twisted Tea on the victim while he was driving. Rood is also said to have tried pressing the vehicle's accelerator while he sat in the passenger seat. The victim pulled the vehicle onto the side of the road. When Rood got out of the vehicle, the victim drove away.

The victim called police and later got a ride home.

Champion patrol officers say that dispatchers called them a few minutes later when Rood showed up at the police department complaining and screaming that someone stole his vehicle.

An officer went to the station to evaluate Rood. That officer called for backup moments after when he allegedly complained that Rood pulled out a can of pepper spray and dispersed it onto his face. The officer was given water to help relieve any pain or discomfort, reports said.

Other responding police officers said they followed Rood through the police department and chased him through the snow into a nearby cemetery. When Rood stopped, he had a handcuff, on one hand, a can of pepper spray in the other, according to reports. Police asked him to put down the spray but said he did not comply.

The officers then tased Rood for resisting arrest. He was taken into custody and was later booked in the Trumbull County Jail.