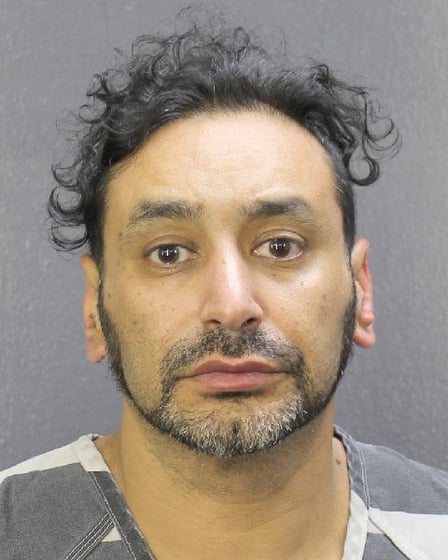 A Canfield doctor who is facing federal charges for alleged sex trafficking of children as young at 12 will remain behind bars, at least until a hearing next week.

Albert Aiad-Toss, 52, is charged with four counts of trafficking of a minor and one count of production of child pornography.

Aiad-Toss previously worked as an emergency room doctor at St. Elizabeth's hospital in Boardman, although he worked for an outside company, not Mercy Health directly. He was taken off of St. Elizabeth's schedule when the initial allegations came to light.

Aiad-Toss appeared before a federal judge on Friday, where he pleaded not guilty to the charges. Judge George Limbert ordered that Aiad-Toss should remain in custody until a hearing can be held on September 18 to determine if he should be released on bond.

Federal investigators say Aiad-Toss forced juveniles between the ages of 12 and 14 into "commercial sex acts" in June 2019.

According to a federal affidavit, Ashland police contacted the FBI after the mother of a 13-year-old girl told came forward, saying Aiad-Toss had victimized her daughter.

The girl's mother told police her daughter and other juveniles met Aiad-Toss on the social media app Snapchat and would pay them for various sexual acts through an app called CashApp.

According to the affidavit, Aiad-Toss told the girls he's a doctor and an Uber driver from Brazil.

Investigators also found videos on the girl's phone that showed one of the victims simulating a sex act.

All of the transactions included Aiad Toss' name and photograph.

In addition to the cash payments, Aiad-Toss is also accused of giving one 13-year-old girl a silver Mitsubishi Outlander SUV, which was found in the driveway of the girl's grandmother's house. When investigators ran the vehicle's registration, it came back to Aiad-Toss.

In June, Aiad-Toss is accused of bringing the girls to an adult novelty store in Tallmadge and buying sex toys. He could be seen on surveillance video arriving in the silver Mitsubishi, and a store employee said Aiad-Toss had been in the store on several occasions.

When federal agents subpoenaed records from CashApp, they found Aiad-Toss' account set up in his real name, with his social security number, cell phone, and Canfield address.

Aiad-Toss is also accused of taking the girls to hotels during the month of June and can be seen on surveillance video at the hotels with them.

Aiad-Toss had been scheduled to fly from Lima, Peru to Florida on July 5 and when he arrived at the Fort Lauderdale Hollywood International Airport, he was detained by federal agents. When questioned, he told agents he would budget $2,000 per month for sexual encounters with the juveniles and admitted to bringing them to hotels and the adult store, although he said he did not bring them inside "because you have to be 18 to go in there."

Aiad-Toss is also accused of using a 15-year-old in sexually explicit conduct in order to produce a "visual depiction of the conduct."