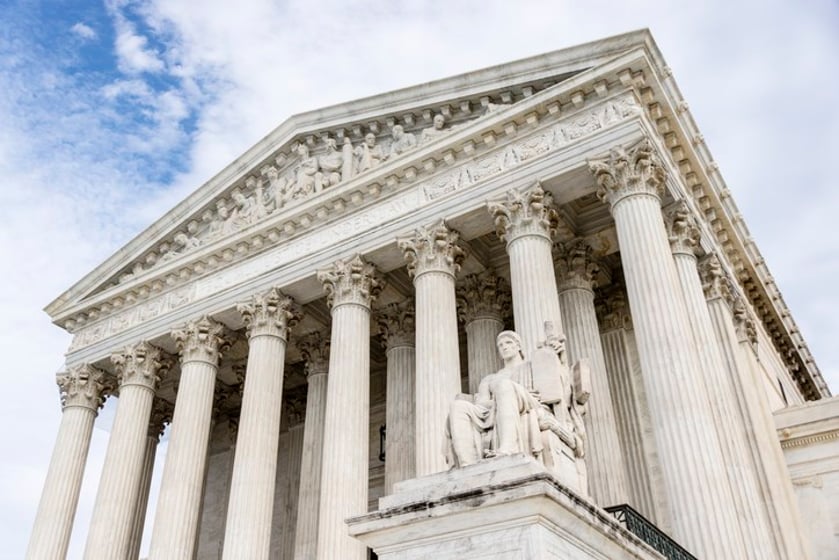 The decision leaves the legality of abortion up to individual states.

The Ohio Democratic Party issued a statement calling this a “sad day” for the nation.

“For almost 50 years, Roe has upheld the fundamental right for women in the United States to choose whether to have an abortion without excessive restriction from the government. Now, millions of American women will be living in an unfamiliar reality, where access to basic reproductive care will no longer be available,” according to the party statement which went on to call for the election of pro-choice Democrats.

Congressman Tim Ryan, a Democrat running for U.S, Senate, called the decision “disastrous”, characterizing the opinion as the largest case of government overreach in his lifetime.

“By overturning Roe v. Wade, the Supreme Court is gutting a long-established right in order to put politicians between women and their doctors. Even worse, this ruling gives the green light to those here in Ohio who have introduced legislation that would deny women access to potentially lifesaving care, and threaten to put women and doctors in jail,” said Ryan.

Pennsylvania’s Democrat Governor Tom Wolfe issued a statement saying he is disappointed in the decision but noted that abortion services are available and unharmed in Pennsylvania by the Supreme Court action.

Governor Tom Wolf released the following statement in response to the U.S. “The Dobbs decision will go down as a shameful moment for our country and for the Court. Today, five Supreme Court Justices upended fifty years of settled law and subjected the health and private lives of millions of American women to the whims of politicians.

Echoing Governor Wolf’s reminder that abortion is currently legal in Pennsylvania, Commonwealth Attorney General and candidate governor, Josh Shapiro called today a shameful moment for the country and the Court.

“As a result of today’s decision, every American's personal freedoms now depend on the state in which they live,” said Shapiro. “Here in Pennsylvania, decisions about your bodies will now be left to elected officials in Harrisburg– giving those politicians more power than women in our Commonwealth.”

U.S. Senator Sherrod Brown, a Democrat, said the justices handed a woman’s right to decide over to politicians.

“This is a radical decision by an increasingly out-of-touch court, and Americans won’t stand for it. When, how, and whether to have a family is one of the most personal and meaningful decisions we make in life, and the freedom to make those decisions for yourself, free from political interference, should be available to everyone,” said Brown who called on the president and Congress to take action to restore reproductive rights.

On the Republican side of the aisle, outgoing U.S. Senator from Ohio Rob Portman said that he agrees with the ruling that found the abortion issue should be decided by states.

“While abortion is a very sensitive and emotional issue with strong feelings on both sides, I think most Americans agree that human life is precious and should be protected wherever possible. To that end, we should do more to work together in a bipartisan manner to promote adoption, reduce the number of abortions, and provide support for pregnant women in difficult circumstances,” said Portman in a statement.

“2022 is the year that the extraordinarily divisive issue of abortion is removed from the unelected federal judiciary and returned to the citizens of each state to decide for themselves through their state legislatures. And that’s as it should be,” said Johnson in a statement.

The congressman called on Ohio lawmakers to enact a law similar to the one in Mississippi upheld in the court decision.

State Representative Michele Lepore-Hagan, a primary sponsor of the Reproductive Freedom Act, decried the Supreme Court’s decision. “The fact that this ruling has been expected since the leak of the Alito draft opinion does not make it any less deplorable or dangerous to the health of women across Ohio and the nation,” she said.

“50 years of a constitutional right has been stripped away from us. This ruling will affect poor women the most. We have lost our fundamental constitutional right. I am so angry that a far-right minority have pushed their radical agenda at the expense of our daughters lives, women will die.” The horrible thing about this is that this will not stop abortion it will only stop safe abortion.”

Lepore Hagan added "Over 60 percent of Ohioans agree with the Roe v. Wade decision to allow access to abortion. Despite this, Ohio Republicans continue to prioritize legislation to ban abortion, including the 6-week abortion ban signed into law by Gov. DeWine in 2019. House Bill 598 and Senate Bill 123 are current pieces of legislation that would completely ban abortion in Ohio without any exceptions for rape, incest or to protect the health of the mother."

Lepore-Hagan introduced House Joint Resolution (HJR) 5, a constitutional amendment that would ensure all people have the freedom to make decisions about their bodies and healthcare. The resolution would allow women to obtain surgical and medical abortion services. "Additionally, the amendment would codify the right to access and use contraceptive devices and medications. HJR 5 still awaits assignment to a House committee and a first hearing," Lepore-Hagan added.

“The five justices who callously voted to abandon 50 years of legal precedent have now placed women at the mercy of monstrous people like Rep. Jean Schmidt who earlier this year while presenting testimony on her “trigger bill” which does not include exceptions for rape and incest said rape creates an “opportunity” for victims who are impregnated by their attacker,” Rep. Lepore-Hagan continued.

She said “We introduced the Reproductive freedom Act to protect women from immoral zealots. We fully expect the leaders of the House and Senate to bury the legislation just as they have buried the right to choose, but we are committed to taking the proposal directly to the people so they can overturn the damage that has been done today.”

“We must and we can, thanks to the initiative provisions of the Ohio Constitution, restore a woman’s right to control her body and her destiny,” she added. “Today marks the beginning of a battle we will win.”

Ohio Lt. Governor Jon Husted reflected on being an adopted child who started life in a foster home.

“My own experience helped shape my views on this issue. I’m here today because my birth mother chose life and put me up for adoption, which I know could not have been an easy decision for her,” said Husted.

Yost also called on U.S. Attorney General Merrick Garland and other state’s attorneys general to commit to holding violent protestors accountable under the law “no matter which side they are on.”

“All little boys and little girls deserve a chance at life, and this ruling ensures they will get that chance. The right to life is not just for some of us. It is for all of us,” said Kelly in his statement.