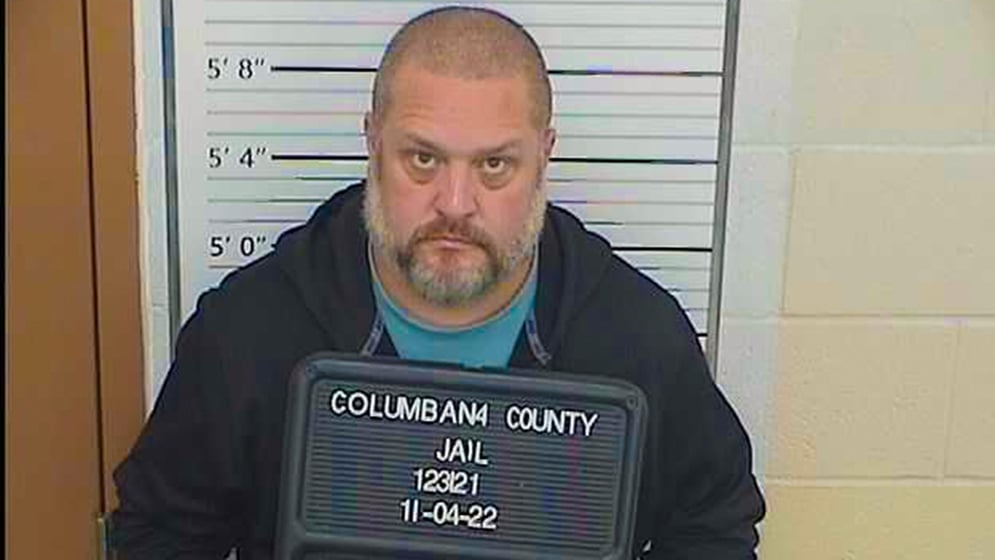 An East Liverpool Police Captain was arrested and charged with two third-degree felony counts of tampering with evidence after an incident from February in Columbiana County.

Chad Tatgenhorst was arrested on November 4, after being indicted by a Columbiana County Grand Jury, which led to the appointment of Kevin Day of the Mahoning County Prosecutor's Office to be named Special Prosecutor in this case, based on Tatgenhorst's role as an employee in East Liverpool.

According to Day, Tatgenhorst was charged for allegedly turning off the body camera of two East Liverpool police officers on a call that involved Tatgenhorst and a person known to him, and was the same person involved in a case against Tatgenhorst that he was charged with in September.

Tatgenhorst was placed on paid administrative on August 31.

Tatgenhorst was charged in September with harassment by an electronic device in New Cumberland, West Virginia.

Tatgenhorst turned himself in for that incident to New Cumberland, W.Va. Police Chief Lester Skinner Jr., after a warrant was issued for his arrest.

According to the police report, Tatgenhorst is accused of texting harassing and threatening in nature, including photos described in the report as obscene to a person he knows. The report states that the texts were sent from July through Aug. 23.

The report says that the victim asked Tatgenhorst multiple times to stop sending the texts or that the texts would be turned over to local law enforcement.

Tatgenhorst has been with the East Liverpool Police Department since 2001.

Tatgenhorst personnel file shows this is not the first time he has been reprimanded on the job, with the most recent being in early 2022, when Tatgenhorst was suspended without pay for carrying a weapon off duty while drinking alcohol. In 2021, Tatgenhorst was reprimanded for sending texts to coworkers with derogatory emojis and remarks; in 2017, Tatgenhorst was written up for mischief, horseplay or other undesirable conduct, and threatening, intimidating, coercing or interfering with subordinates or other employees and was suspended without pay for three days. In 2016, he received a written reprimand for placing an obscene/offensive photo on a private business vehicle.

New Cumberland is about 10 miles south of East Liverpool in Hancock County, in the W. Va. northern panhandle.

Tatgenhorst will have an arraignment hearing in Judge Megan Bickerton's Columbiana Municipal Courtroom on Dec. 15 at 1 p.m.