Ryan makes closing pitch: 'We have a rendezvous with destiny' 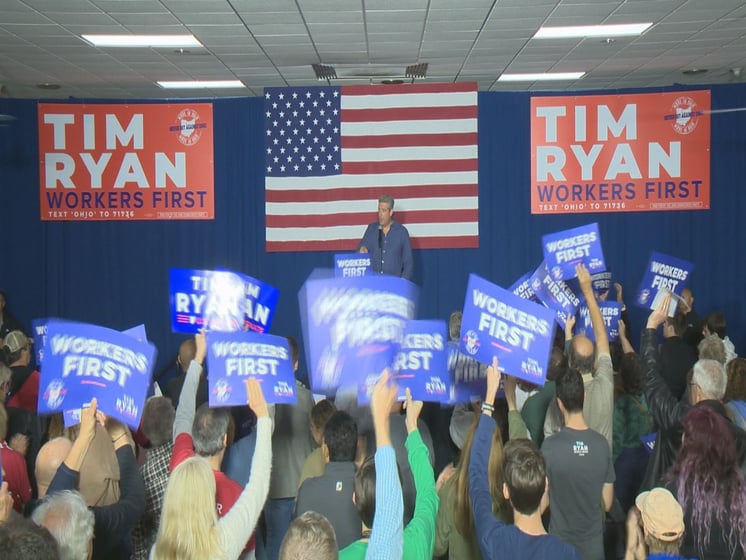 After crisscrossing the Buckeye State for the last year and a half, it seemed fitting that Valley congressman Tim Ryan came full circle to wrap up his pitch to voters in his run for US Senate.

"I'm running...as a son of the Mahoning Valley," he said to his supporters Monday night.

Rallying labor workers and supporters at a Boardman union hall, Ryan also is running into headwinds in the polls.
The latest Trafalgar Group poll has his Republican opponent JD Vance up by 10.
The latest Emerson poll has Vance up by eight.

But Ryan has said for the last several weeks that those polls don't paint the real picture.

"We are gonna win this thing," he told 21 News on Monday. "We've got a ton of Republican support, we have Republican counties passing out Tim Ryan signs at their Republican headquarters. We've got something going on here."

What's also going on, Ryan told 200 or more people Monday, is an election more consequential than any other in their lives.

Having just come back to his hometown from a rally in Akron earlier Monday, Ryan was to rally with more workers Tuesday morning.
He'll then host an election night event at Mr. Anthony's in Boardman.