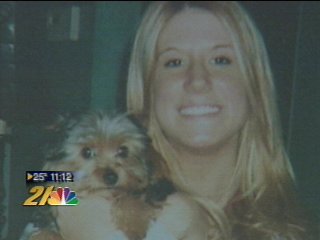 An Alabama man is sentenced for his role in the death of Warren JFK graduate Caitlin Leasure.

Leasure was driving home from spring break last March when she was hit head on by Marlon Johnson.

Johnson was drunk and driving the wrong way on Interstate 95 in Georgia. He plead guilty to felony vehicular homicide while driving under the influence. He was sentenced to 10-years but will be eligible for parole in about a year.

The Leasure's say knowing Marlon is a repeat offender made their daughter's death even more devestating.

"When a person makes a second mistake or a third mistake or in the case of Marlon Johnson his fifth mistake those are no longer mistakes," says Caitin's Father Joe Leasure.