..The Beaver Local volleyball team loves a good warmup, but they're never ready to play until they pray for #10 on their team, Lauren Thomas. 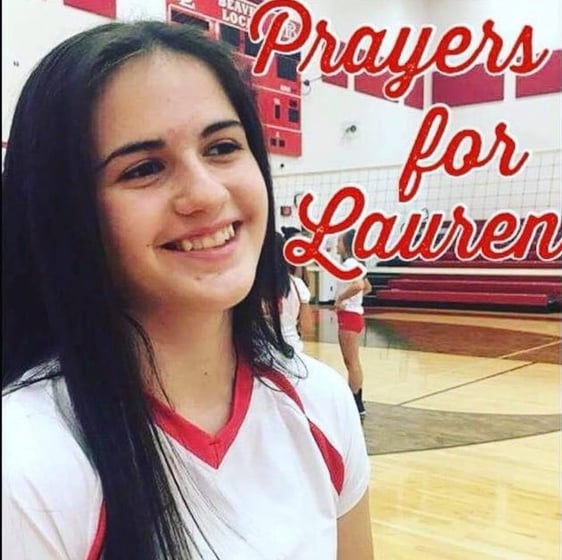 The Beaver Local volleyball team loves a good warmup, but they're never ready to play until they pray for #10 on their team, Lauren Thomas.

"I think God has a big part in this in what he does and I think he's working miracles with her," said Thomas' teammate and friend Corin Turkovich.

Those miracles come when 16-year-old Lauren Thomas takes a few wobbly steps. Something doctors didn't think would be possible after she suffered a serious stroke at YSU's volleyball camp this summer.

The news came as a shock to Thomas' aunt and uncle, Marla and Huck Hughes, who have raised Thomas since her parents passed as a child.

"You know, I couldn't believe it. That doesn't happen to kids. You don"t hear about strokes happening to kids," said Huck Hughes.

The outside hitter was quickly flown to Akron Children's Hospital.

The family was ready to install ramps for Thomas at their home in East Liverpool, but after seeing a glimmer of hope in Thomas' recovery, doctors told them to wait.

Then, against the odds, Thomas spoke.

"She was making a little noise, when she would giggle, then she counted. That was the first really big milestone," said Marla Hughes.

Now, she's strong enough to stand, even walk Akron Children's therapy dog. She is speaking in sentences and is able to identify animals, even write her name in therapy.

The story of her strength is spreading far beyond the walls at Akron Children's Hospital.

Volleyball teams across the country have launched the #laurenstrong campaign, raising money for Thomas' recovery, and raising stroke awareness so others can spot the signs.

As for Lauren, her family says she has the potential to make a full recovery and will undergo surgery on Friday. They say the community support has been overwhelming and add, trips to the hospital with the family, including special visits with Lauren and her twin brother who lives with Cerebral palsy, have brought the family closer together.

Her team is not surprised by the strides Thomas' has made, describing her as an inspiring underdog, proving whatever match comes your way a bit of grit can with the game.

"If you want to see a modern day miracle, she's it," said Huck Hughes.

The family credits Lauren's volleyball coach at Beaver Local for recognizing the signs of Lauren's stroke and getting help.