Boardman's O'Halloran being inducted into coaches association hall of fame 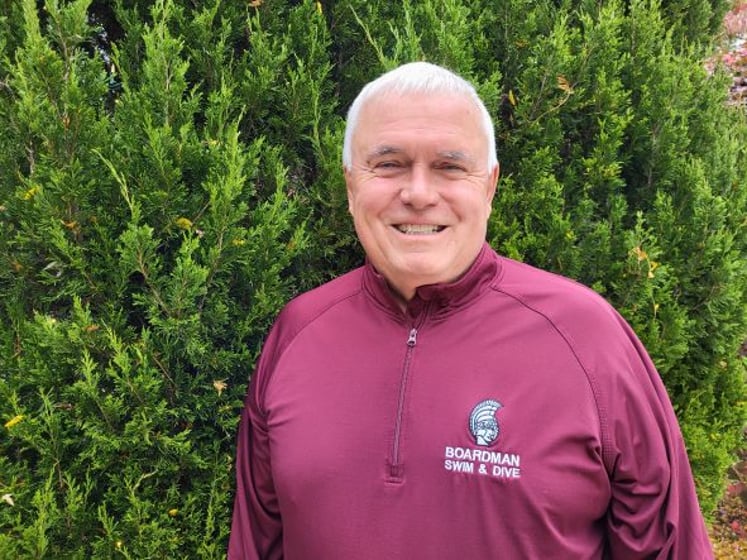 Longtime Boardman swim coach, Terry O’Halloran, will be inducted into the Ohio High School State Swimming Coaches Association Hall of Fame on Sunday, October 23 in Columbus. He is one of 4 inductees this year, and the only coach from the Mahoning Valley.

Still residing in Boardman, O’Halloran started the Spartan Swim Team at BHS in 1985, and coached hundreds of young men and women until his retirement in 2018–some 33 years later. “Terry set the precedent on guiding student athletes to be the best at their sport as well as the best in the classroom,” said Spartan swim coach Carlo Cordon. “Boardman’s swim program continues to focus on strength of character, overall.”

O’Halloran is known as a guiding force for young swimmers in the Valley.  In addition to Boardman High School, he coached and managed Boardman Tennis and Swim Club for 40 years, as well as the Youngstown YMCA Neptunes Swim Team. He also taught 4th grade for 38 years in the Boardman Local School District at Stadium Drive Elementary School, and retired from teaching in 2012.