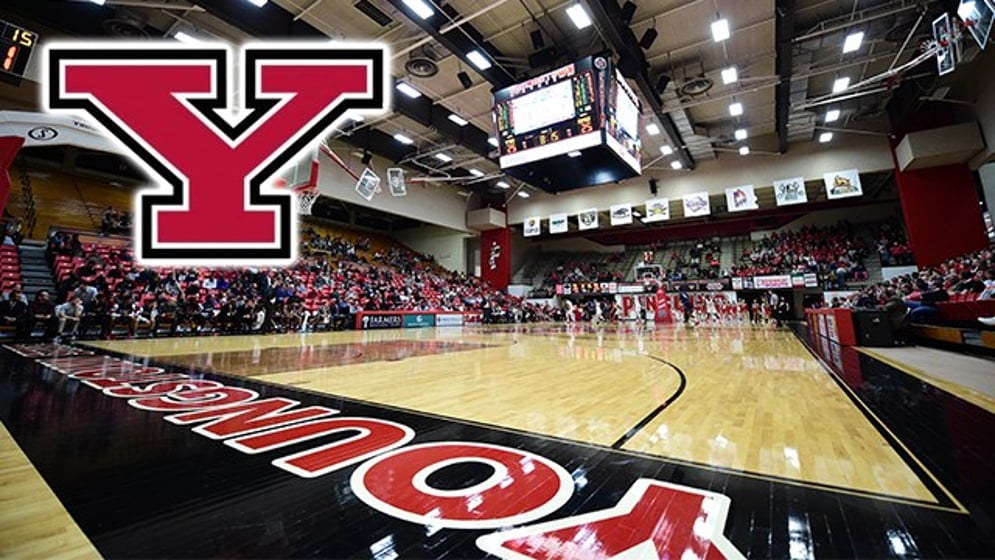 "We are thrilled to welcome Mantoris and his family to Youngstown," Calhoun said. "He is a tremendous addition to our coaching staff, and his familiarity with our culture and system will enable him to hit the ground running.

Robinson, a two-time Big South Conference Defensive Player of the Year while playing at Winthrop, spent last season at East Tennessee State and has 10 years of experience at the collegiate level. Prior to ETSU, Robinson coached three years at The College of Charleston for Head Coach Earl Grant, spent four seasons at Appalachian State and two years at Fairmont State with Calhoun.

He replaces Chinedu Nwachukwu, who accepted a position with the NBA's Memphis Grizzlies.

"This is an exciting opportunity for Coach Chin," Calhoun said. "He did a terrific job for our university, and I cannot thank him enough for sharing his talents with our program.

"While we will miss him here in Youngstown, we're thrilled for him to move up to the NBA. He will be a great asset to the Grizzlies, and we wish him nothing but the best."

During his time at The College of Charleston, the Cougars were one of the top teams nationally in fewest turnovers, ranking in the top 20 all three years. In his first year in Charleston, Robinson helped guide the Cougars to a 24-9 record and a 12-6 mark in CAA play. The Cougars advanced to the semifinals of the 2018 CAA Tournament, while also knocking off Memphis in the AdvoCare Invitational and defeated VCU on the road during regular season play. Overall, five Cougars earned all-CAA honors under Robinson's watch, while two players received Student-Athlete of the Year accolades.

Robinson spent four seasons as an assistant coach at Appalachian State under head coach Jim Fox from 2014-18. The Mountaineers transitioned from the Southern Conference to the Sun Belt Conference in Robinson's first season, and he helped guide App State to its first Sun Belt Tournament win. Appalachian State had four All-Sun Belt selections during Robinson's time in Boone, N.C.

Robinson played at Winthrop with YSU Director of Operations Paul Molinari from 2006-10  where he helped guide the Eagles to three NCAA Tournament appearances, including a first-round win over Notre Dame in 2007. Robinson played in 126 career games, totaling 755 points, 593 rebounds, 138 steals and 137 assists. The 6-foot-5 forward, was named MVP of the 2010 Big South Tournament.

As a prep star at Butler, he was an all-state and all-conference performer and helped lead his team to a 28-3 mark as a senior. He also played for one season at Fork Union Military Academy before beginning his collegiate career at Winthrop.

A native of Charlotte, Robinson graduated from Winthrop in 2010 with a degree in business and earned a master's degree in business administration at Fairmont State in 2014. He is married to Ja'Lisa (née Bradshaw) Robinson and the couple has three children, two daughters and a son.